Our list of products is not large. All are our own unique formulations/combinations of herbs which are more effective, more encompassing and safer to use on a continuous basis, than single products, and which may be used alongside any drug treatments you feel obliged to take. Particularly, our products help to reduce the toxic effect of any drugs being taken.

Remember, we are always happy to explore things with you before you make a purchase. Phone: 01364 644 684 or email: michael@natures-sway.co.uk

Liquid mixtures are more concentrated. The encapsulated powdered products are designed to work alongside the liquids for optimum effect, particularly in urgent situations, or, such as Respire capsules, they are excellent for use on their own, protecting and maintaining health long term.

Promoting weight normalising, giving support to vital, efficient function of digestion and absorption by way of stomach, small and large intestines, supportive of healthful gall-bladder and liver function, continuous detoxifying of blood and tissue, especially of the polluting waste products of fungal overgrowth, supportive of kidneys and urinary system, improving thyroid and immune function, and helping to maintain mobility (bones, joints and skin) by virtue of the wide range of essential minerals and trace elements within the herbs themselves.

Combining Cinnamon Bark, Dandelion, Lucerne, Meadowsweet, Pau d’Arco, Psyllium Husks, Rosemary, and Seaweed*.
Take 2-3 capsules before meals for benefits of most efficient digestion and absorption, etc.
* Scientists have discovered that Seaweed helps rid the body of the dangerous pollutant Mercury that often leaks from amalgam tooth fillings – the use of amalgam is now banned in many countries.

Testimonial:  ‘As a young girl I suffered badly with bilious attacks.  They would happen anytime of day or night without warning.  When I was about 28 years old a relative of my sister’s recommended I see Mr Brookman, which I might add I was very sceptical about, but felt I had nothing to lose!  I went to see him and he gave me some herbal medicine which cleared it up completely.  I am now 79 years old and have never had a bilious attack since.  At the same time he recommended that I take Essence of Life, which I have taken for at least 45 years or more – I can’t say if that is why I have never had to have any other medicines for any other complaint but think it is.

My husband had very high blood pressure from an early age, he was a lorry driver!  The Doctor prescribed him tablets, four a day, and he took them for a number of years.  I suggested he take some of my Essence of Life, which he did and after a short time his blood pressure started to go down.  The Doctor took him off his other tablets, one by one until they stopped altogether.  My husband is now nearly 90 and still able to do his own garden, planting vegetables, cuts lawns and hedges (the garden is very large).  He still drives and he has a Ferguson tractor (1951), which he rebuilt from scrap and this is his hobby.

We both have great faith in Essence of Life!’ 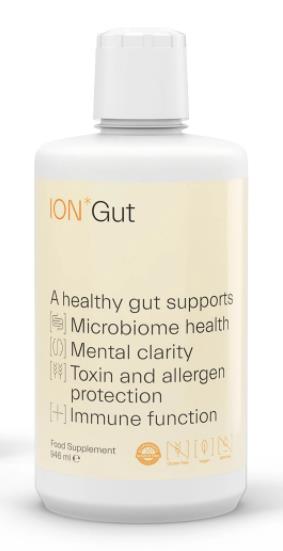 Not so long ago, the world was rich with microbial life. Plants and animals flourished. The air was clean, water was pure, and humans thrived. That’s because we were deeply connected with nature. Call it a healthy relationship or a partnership, but it’s something we lost, and ION*Gut is bringing it back.

ION*Gut Health is not a probiotic or a prebiotic; it contains carbon molecules sourced from ancient fossilized soil (more on that further down). And while the buzz surrounding how to improve gut health has mostly centered on probiotics for quite a while, it’s time we start to look at where real gut health begins.

First, the purported benefits of probiotics have been overstated. Recent studies have found that probiotics used after a course of antibiotics actually delayed gut health recovery in test subjects. If used long-term, a “monoculture” (or an overpopulation of the few strains in the probiotic formula) can develop. With each species of gut flora specializing in helping drive specific functions in the body, a monoculture could actually hinder gut health.

A healthy gut needs a balanced diversity of thousands of species working together to drive health in the body – much more than one could achieve by replicating the same strains of bacteria over and over again. In fact, it has been estimated that a healthy human gut contains as many as 20,000 species of gut flora. Probiotics only contain up to 24. So, how does ION*Gut Health improve gut health naturally? It all comes down to healthy communication.

ION*Gut reawakens and re-establishes connections at both microscopic and macro levels. Terrahydrite, the formula developed by Dr Zach Bush, connects 60-million years ago with today by re-awakening soil carbons frozen in time. This fossilized soil from post-dinosaur, pre-human earth is the secret to ION*Gut.

ION*Gut supports the body’s production of beneficial enzymes through redox signalling (cellular communication).  Those beneficial enzymes support the tight junctions (the seals between cells) in our gut lining – the barrier protecting us from toxic substances like glyphosate and gluten while allowing the entry of beneficial nutrients.

It’s a critical barrier to keep strong so that a vibrant microbiome can flourish. Good health depends entirely on gut health because a lot more than digestion happens in the gut. It’s also where proper immune system function begins and the majority of our neurotransmitters, such as serotonin, are created.

Optimal gut-brain connectivity and feel-good transmissions, protection from the toxins we face every day in our air, water, and food, a strong immune system, easier digestion, and reduced gluten sensitivity all depend on a fortified gut lining.

William Vitalis* (our Chief Esoteric Scientist) was doing holistic technologies research for Zach Bush MD* (our Founder and CEO on a mission to bring balance to the biosphere) when he found an article on soil science. The article talked about ancient soil-derived carbon molecules with a redox-signalling system specific to bacteria. He took it to Dr Zach (whose passion for identifying root-causes has defined his career) and together they agreed that they might have found the missing human-health puzzle piece they’d been looking for.

They took it to Dr John Gildea* (our Chief Science Advisor) who took the ancient soil-derived carbon molecules deep into research and development to make it a safe and effective supplement.

Terrahydrite® (our unique ingredient) came to be when the compound was proven to be non-toxic yet protective against glyphosate (the weed-killer that makes its way into our food and then our bloodstreams). Tests showed it restored our cellular tight cell junction integrity.

Say yes to ION*Gut Health and you are saying yes to optimal gut-brain connectivity and feel-good transmissions, protection from the toxins we face every day in our air, water, and food, immune function, digestive wellness, and supported gluten tolerance.

How fascinating that a massive ecosystem of bacteria and fungi in the soils of the jungles and rainforests of 60 million years ago passed down to us a molecular communication system that would support human health in the most toxic and desperate moments of our short history on this planet. Even as we destroy the soils of the earth with global chemical farming, Mother Earth delivers this ancient gift. 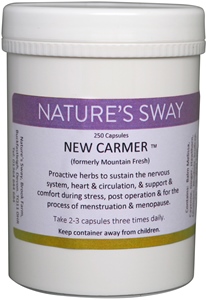 Unique and effective herbal support to enhance every aspect of circulation, heart, nerves and the reproductive process – deeper relaxation in a world full of stress, restlessness and anxiety – women, pass through menstruation and the menopause more comfortably – aids digestion too.

Combines well with Essence of Life™ plus. 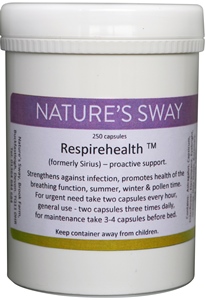 An outstanding, easy to take, support for all respiratory weakness. Natural protection against all infections. Enhancing all aspects of respiratory (breathing) function, Winter and Summer – and especially in pollen time.

Particularly for those having recently taken anti-biotics or specific drug therapy – also directly supportive for recovery following any operation. A recent herbal formulation, with a high Inulin content, focused upon promoting the re-establishment of essential probiotic bacteria that both enhances the well-being of the abdominal/gut region and its direct effect upon healthy function of the brain. Integral with the foregoing is this formulation’s benefits to proper digestion, absorption, and the all essential detoxification – in parallel with its vital anti-fungal and anti-bacterial effects – thus helping to improve the immune system and regeneration of strength and overall health.

THE most powerful, natural protection.

If you are surrounded by infectious or sick people, empower your immune system and protect your health safely and naturally – especially for use in regularly crowded situations, like air travel (holidays without bugs interfering), offices, shops, factories, schools and of course, visiting or staying in hospital. Includes anti-bacterial and anti-fungal action.

A combination of notable immune and tonifying herbs, Astragalus, Cat’s Claw, Pau d’Arco, Siberian Ginseng and touch of Liquorice, and Sage. A special blending of herbs with an action just like Echinacea, but the combination makes them even more powerfully effective and to a wider number of users.

For a healthy prostate.

Selected herbs primarily for prostate comfort, health and well-being; also promoting general well-being of the reproductive system and sexual activity. Additionally, beneficial to circulation, the whole urinary system and improved immune function. For either short-term or long-term use. 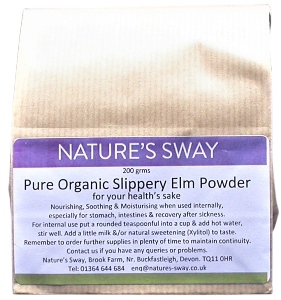 One of the most ancient and venerable of herbs – quite THE most useful alkalising herb ever, for soothing and comforting every aspect of over-acid stomach function, and the urinary system – especially supportive for weakness, especially after operations and when taking anything that brings unpleasantness or discomfort to the stomach, intestines and urinary system.

It is important to note that ulceration of any part of the body, internally or externally, is brought about through over acidity. This is directly contributed to by a diet high in junk foods, over indulgence in the consumption of sugar and alcohol – and stress. 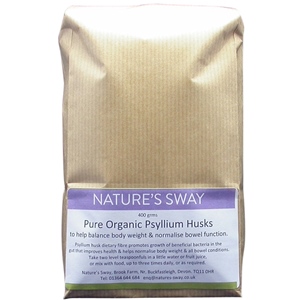 The perfect combination with Psyllium is our Essence of Life capsules, they focus on and energise every facet of digestion – right through to the large intestine – detoxification too.

For many decades we’ve used Psyllium Husks, linked with recommended herbs, to help normalise and soothe bowel function and to improve detoxification, all an essential part of the healing process.

Research over the last ten years has revealed vital, additional powers for Psyllium Husks, one of influencing and normalising weight.

It’s all to do with the trillions of micro-bacteria (microbes) living in our bodies that, as part of the management team, exert such a powerful influence over our health.

It has been discovered overweight people often have microbial imbalances in their gut, with too little of the  beneficial microbes and an excess of other undesirable strains that specialize in extracting calories from sugars and turning them into fat.

The beneficial microbes are described as pro-biotics – for life – promoting your health and healing.

And, Psyllium Husks contain the all-important fibre that safely passes to the large intestine, or gut, where, as a pre-biotic, it actively promotes the multiplication of the beneficial microbes.

It is the beneficial microbes that contribute most substantially, safely and naturally to our immune health and therefore to protection against all types of infection, so vitally important these days.

Lastly, the beneficial microbes are responsible each night for the destruction of large amounts of candida fungus and other pathogenic (disease causing) bacteria, inevitably contributing to resolution of sickness and disease – and maintaining health.

The one simple, natural way to obtain a regular portion of required, prebiotic fibre, for your health and weight control is by taking Psyllium seed husks.

For optimum effect take one to two teaspoonfuls, three times daily. By taking this a little before meals, in water or other liquid, it adds to a sense of bulk, thus reducing the tendency to overeating, and helps to keep you regular.